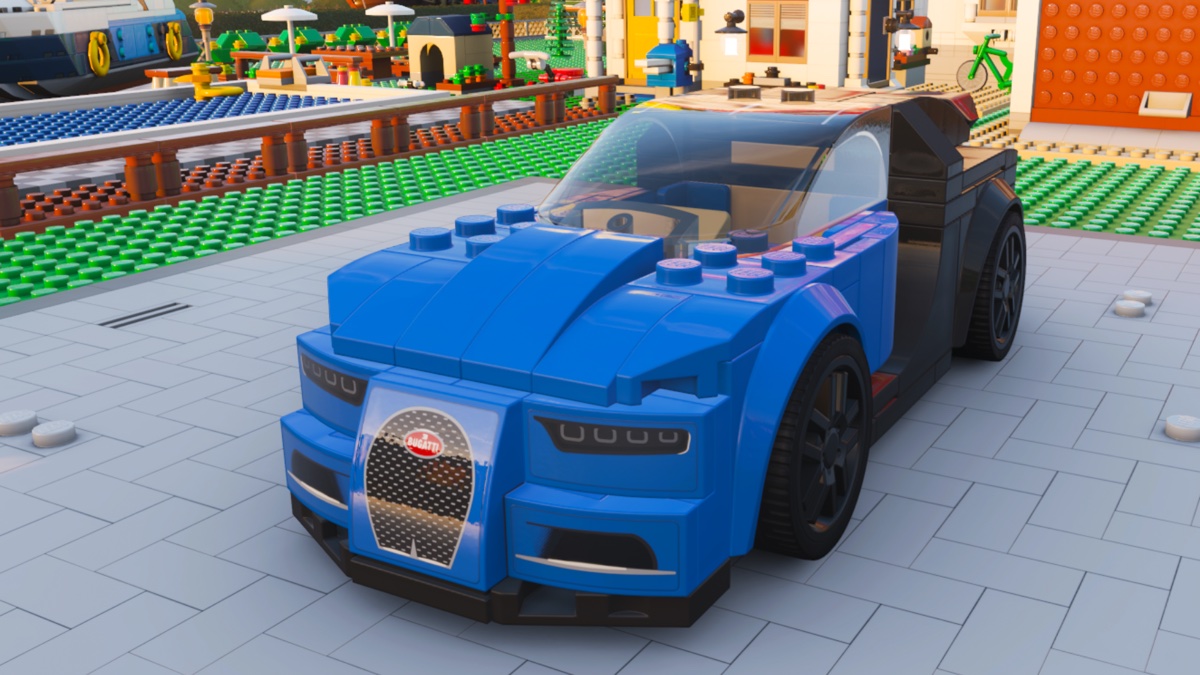 The front of the Speed Champions Bugatti Chiron in Forza Horizon 4. These old six-wide models definitely look blocky compared to what we're used to now, but gives it a LEGO feel in game. 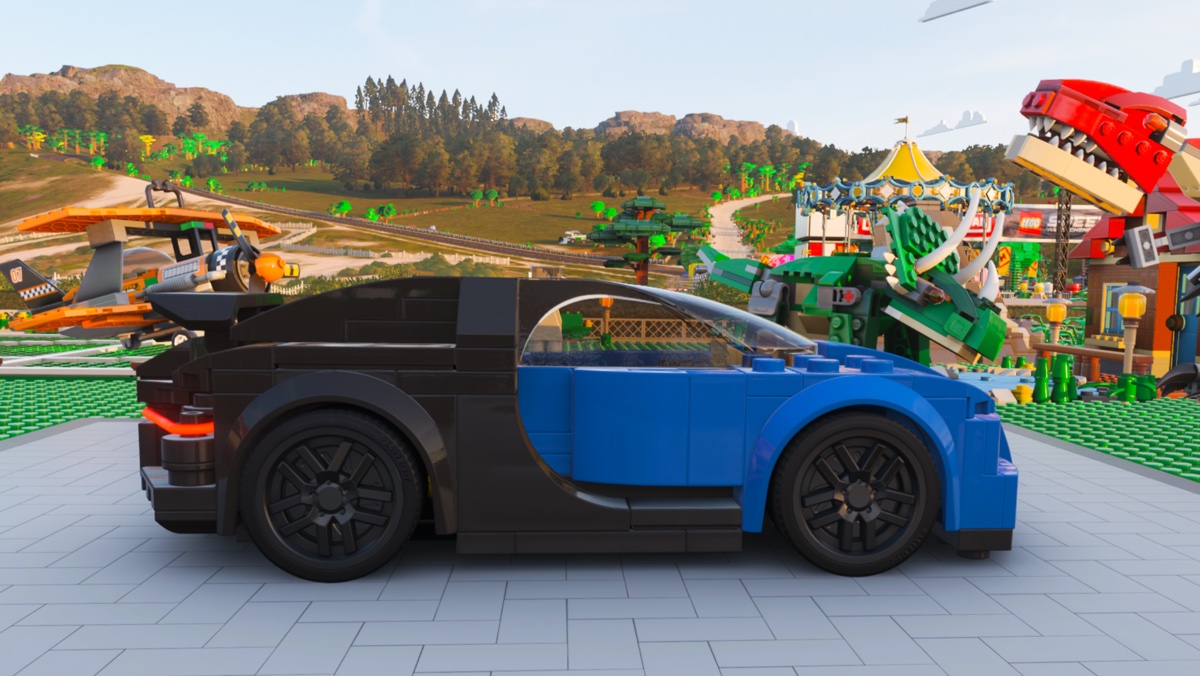 Side profile of the LEGO Chiron - the trademark C curve at the rear three-quarters is ever present. Am I the only one thinking what a Technic Chiron would look like in Forza Horizon 4? It'd certainly be a lot more modelling work... 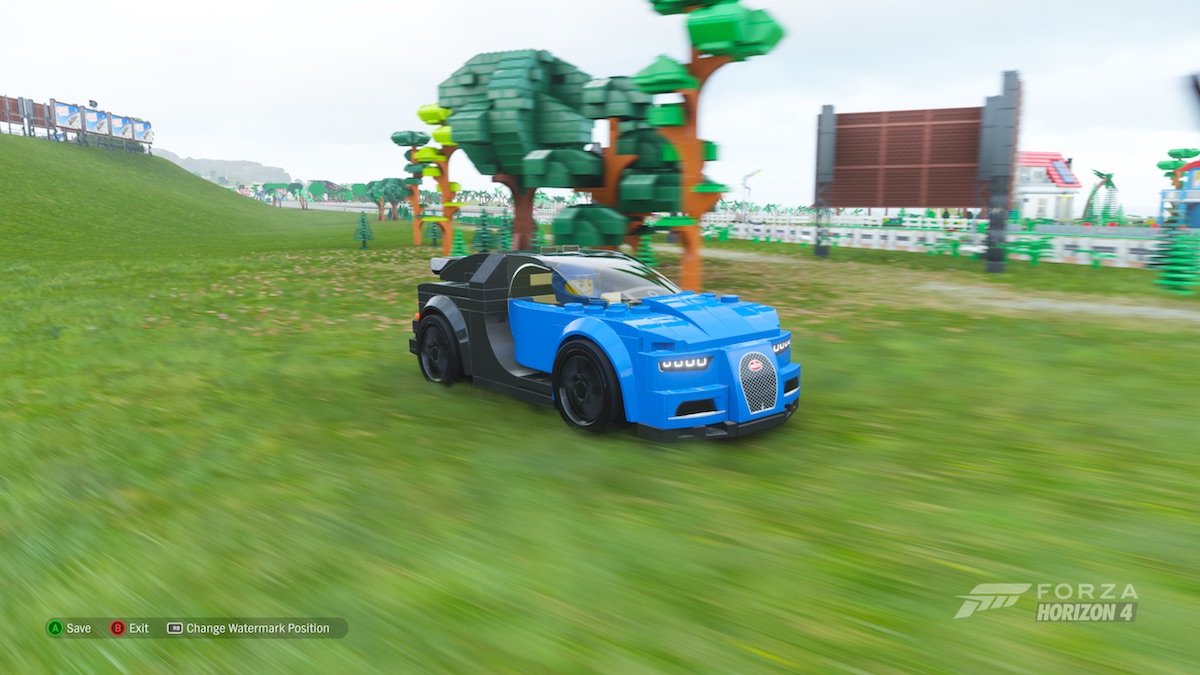 Racing around LEGO Valley in the newly added Bugatti Chiron - like the other Speed Champions cars it still maintains the performance stats and handling of the real thing.

This car itself adds no additional cost to the expansion, all you have to do is head near Brickchester Airport in LEGO Valley in the expansion and complete the LEGO Bugatti Chiron Speed Champions road racing series (assuming you've already unlocked the Master Builder's house). Microsoft have also announced that there's going to be a Seasonal Championship in Autumn featuring all of the Speed Champions cars - a great chance to dust off the Ferrari F40 Competizione, McLaren Senna, 911 Turbo and Mini Cooper models for some fresh racing in the game.

Our video on how to get the LEGO Bugatti Chiron in Forza Horizon 4: LEGO Speed Champions

We've included a video guide on how to pick up the new Speed Champions Chiron, just in case our instructions above aren't too clear. 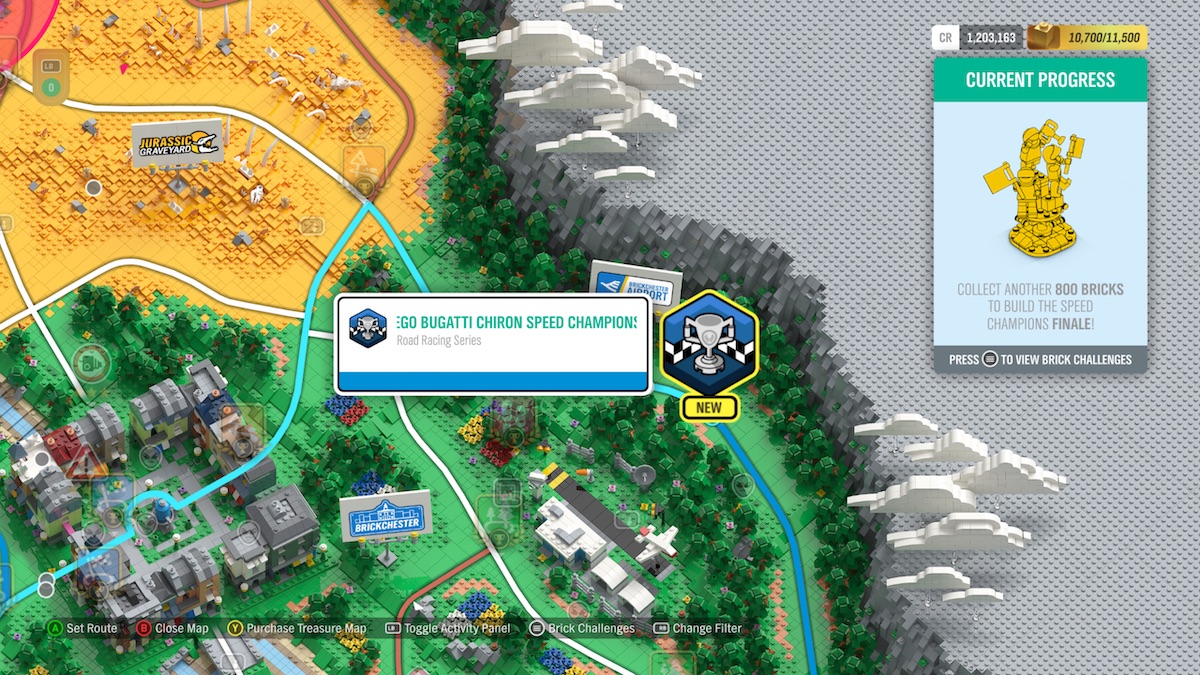 If you want to find the Chiron Road Racing Series, head to Brickchester Airport in LEGO Valley, near the Jurassic Graveyard.

If you don't already own the expansion there'll actually be a chance to try this LEGO Bugatti out as it's featured in one of the in-game "Monthly Rivals Events" in Series 19. We'll be keeping our eyes peeled for any rumoured or new additions to the game, as it'd be great to see some of these new 8-wide vehicles making their way to the Forza Horizon series.