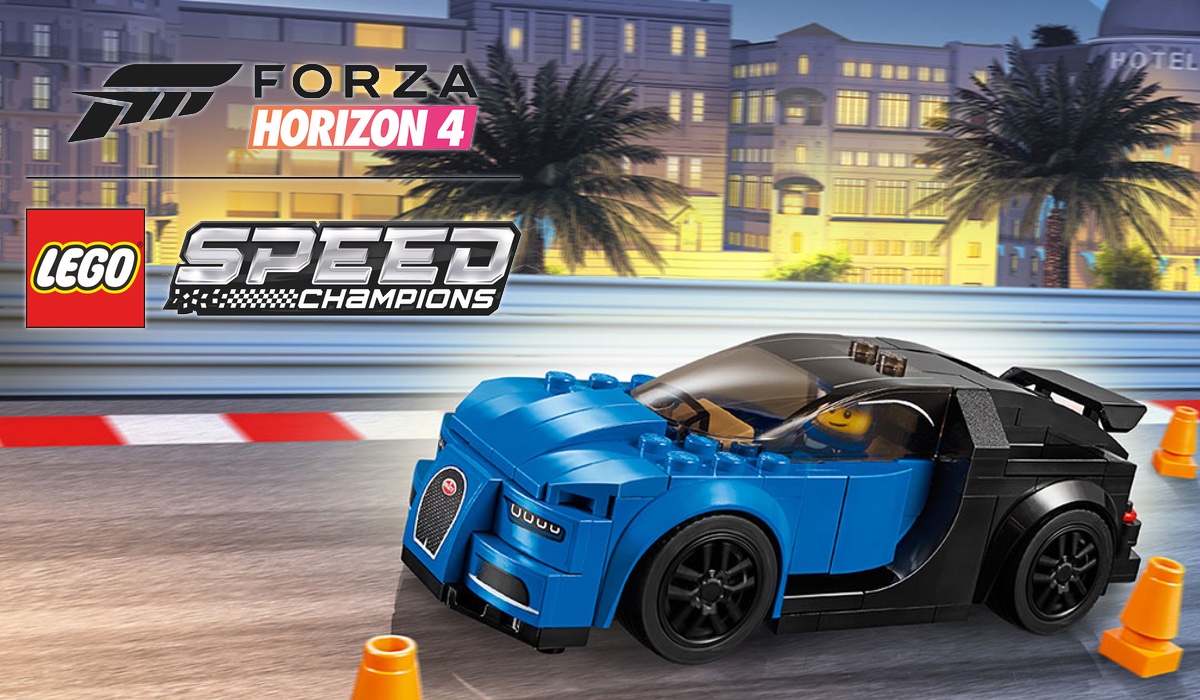 Could Speed Champions set 75878, the Bugatti Chiron, be making it into the Forza Horizon 4 LEGO DLC?

In a news post from GTPlanet today regarding a list of as yet unreleased/unseen vehicles inside the latest update to Forza Horizon 4 we’ve seen a hint that there may be more to come in the LEGO Speed Champions expansion to the game. While the logical expectation would be that we’d see some of the 2020 Speed Champions sets make an appearance alongside their arrival on store shelves this holiday season the game files suggest we could see a 2017 set - the Bugatti Chiron as the fifth Speed Champions set to make its game debut.

The game files contain the reference LEG_Chiron_19 and a reference to the name of the vehicle in-game being "LEGO Bugatti Chiron 2019". One doubt to cast here is that neither the Speed Champions set nor the real life Bugatti Chiron were released in 2019, so it’s not clear what the date would refer to.

As a reminder the four existing Speed Champions sets included in the expansion to Forza Horizon 4 were all contemporary & available 2019 sets:

With this in mind it’s possible the studio rendered or worked on the Lego Chiron but chose not to (or The LEGO Group chose not to) finalise it or put it in the game due to it having no tie-in to an in production LEGO set in the Speed Champions line. Sometimes game studios will have many car models they've worked on (or partially worked on) internally available in the Game's resources and codebase and it may just be that such an internal list of all the models has leaked out of Playground Games with this update. If you wanted to be optimistic you could hold out for a possible 8 wide re-release of the Bugatti Chiron in 2020 to go with it coming to Forza in the future but we aren’t holding our breath.