As always, our 30 second YouTube guide to completing the Probably Harmless challenge, finding the UFO Crash Site at the northwest edge of the desert near Area 7052.

So this news article will round up our tips on where to find the hidden areas within LEGO Valley. We've covered the Helipad and Oasis Island, the final area of the trilogy is the UFO Crash site. As we've discussed previously, Forza Horizon 4 and the LEGO Speed Champions expansion in particular don't always make things easy. We've produced short (30 second!) YouTube guides and these handy written versions to help you out, because we've spent well over 20 hours playing this game and still haven't got to 100% completion yet, which tells you just how difficult and time consuming it can be in the game if you're a perfectionist. Let's discuss what happens in the Area 7052 desert (a reference to the 2011 Set 7052 - LEGO UFO Abduction) and go looking for the UFO Crash Site in Forza Horizon 4 to complete the Probably Harmless challenge for those 10 extra bricks. 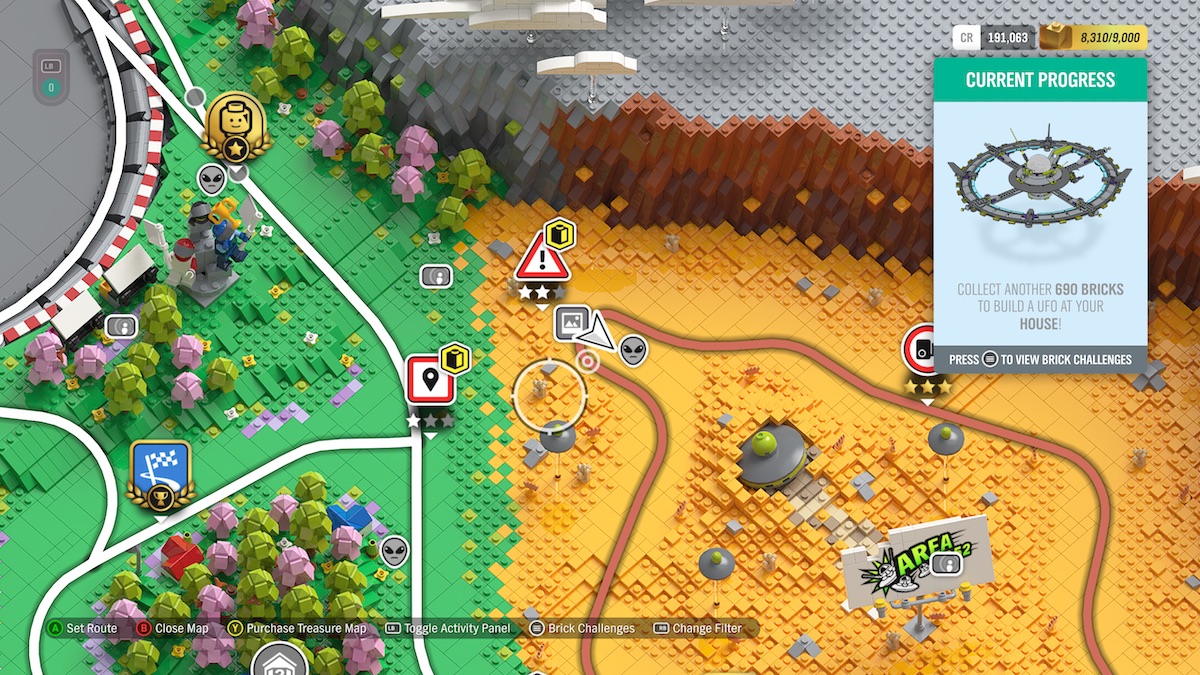 The Forza Horizon 4 in-game map showing the location of the UFO Crash Site in the LEGO Speed Champions expansion. You can actually see what the UFO looks like fully assembled at the top right.

The first thing you'll notice from the video and our picture guides is that the crash site isn't where you'd expect it to be when you look at the map. If you press start on your Xbox One or PC controller and look to the top left of the map, on the road that leads off of the pit straight at the Falcon Speedway, you'll notice it comes down to a sharp bend. This sharp bend has a Danger Sign, a Trailblazer start and further south of that there is a huge alien/UFO spaceship that has been buried half in the desert as if it crashed. Easy right? We've found the UFO Crash Site, we can all go home, simply drive there and find a huge spaceship and the challenge will be yours and you can move on with the game? Wrong.

This is not actually the site of the crash and you will not receive any successful brick challenges rewards for going there. Frustrating, I know. 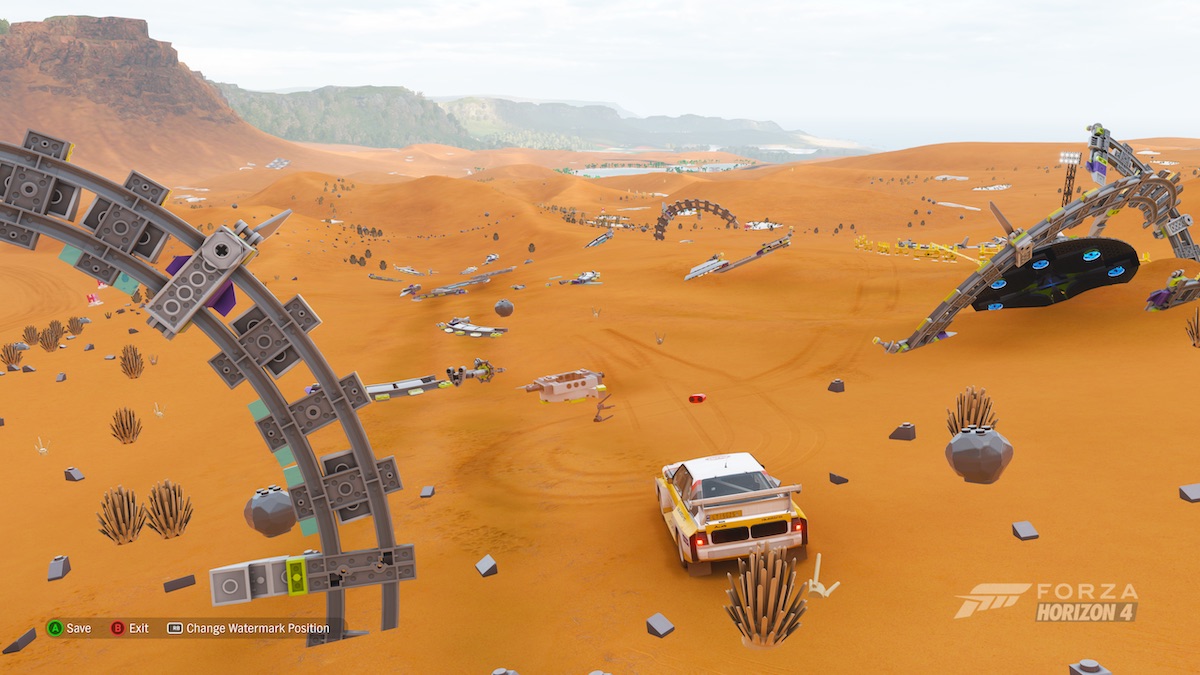 In game at the UFO Crash site, pieces strewn across the Area 7052 desert, here in the Audi Quattro to complete the Unidentified Speeding Object challenge, reaching the Lighthouse in 1 min 50 seconds.

What you actually need to do is head slightly north west of this location, as if you were following the mud trail into the sharp corner. When you head to this area, you'll see small parts and remnants of a spaceship chassis which are circular and are sticking out of the ground. You'll notice on the mini map that a "Beauty Spot" purple icon appears and you can use this to pretty much guide you in. The catchment area for the challenge being completed is pretty wide so as soon as you get in amongst these parts you should trigger the challenge and get those 10 reward bricks.

Remember this area though, because a lot of the timed challenges which show up in Purple on your map will start or end from here, including some monster routes that take you from the UFO Crash Site to the Lighthouse or all the way across the map, sometimes lasting up to two and a half minutes. 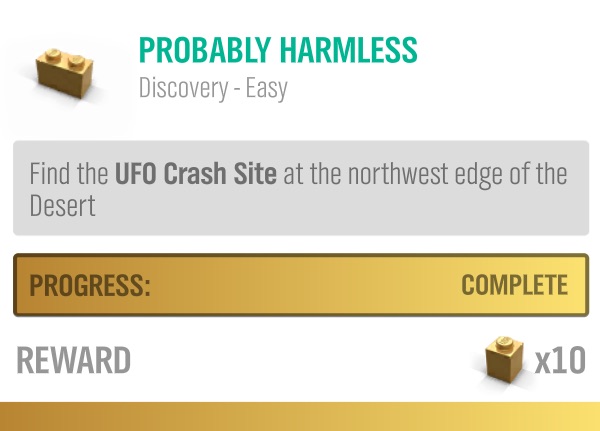 The Probably Harmless Challenge - Find the UFO Crash Site at the northwest edge of the Desert. With a 10 brick reward, it's small but still cool to achieve.

I really like that they added this area to the map - this and the haunted house area are two of my favourites. In our coverage of the Forza Horizon 4 LEGO Speed Champions DLC we noted how quick critics were to get really angry about the fact that the DLC launched with only 3 cars (with August 2019 bringing the '74 911 Turbo to bring it up to 4). People were questioning why there couldn't be 5-10 cars from the Speed Champions range, especially considering there are so many iconic hyper-cars or race cars that Playground Games already have the licence for and could put in the game.

It's clear that the majority of development time has gone into the map, absolutely full of real life LEGO flora and fauna and non-interactive objects such as houses, street furniture and even tractors and cows. Playground Games have committed to more updates, however as of the 911 being released, I'd be 50/50 on the chances of seeing another car being added to the DLC anytime soon. It would make sense though, to get the map/LEGO world released first, then be able to add additional virtual LEGO Speed Champions models in over a series of DLC updates - let's keep our fingers crossed for that.