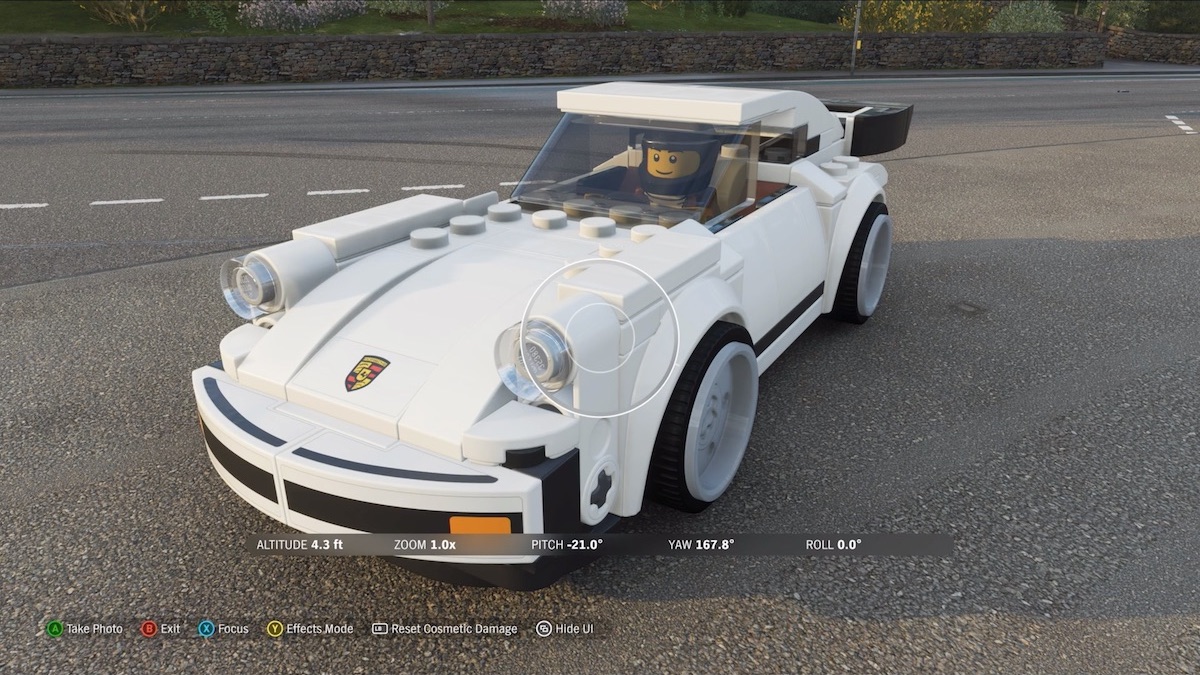 Playground Games unveiled the new LEGO Speed Champions barn find model that we'd correctly guessed based on the unreleased set all the way back mid-June in their Update 12 Live Stream. As we expected, as of Forza Horzon Update 12, if you've become a Master Builder, completed your Master Builders house and collected the barn find parts, Jai has now found the instructions and you'll be able to drive the new Porsche in game. The update is due out in the next day or so, so look forward to that if you've been playing the Forza Horizon 4 expansion.

A side profile view showing the detailing on the side of the model. Playground Games are especially proud of the serial numbers inside the headlights - it's impressive that they've carried over all the LEGO part details into the in-game cars.

Playground Games leaked a photo of some white bricks on a desk which prompted a lot of people to guess the barn find ahead of time. A few details are also dropped in the video, that the car is based on an early 911 Turbo Race-car inside the game and has a weight distribution to drive just like you'd expect from a 911. There's also a fun discussion in the video around them redesigning the wheel arch pieces to allow suspension travel, collaborating with LEGO to make sure the design continued to be authentic.

The back of the Forza Horizon 4 Barn Find Porsche 911 with the full-width red strip for a tail light and that huge overhanging rear wing. This takes the Speed Champions expansion up to 4 cars.

The lead-up to the release of the real world 1974 Porsche 911 Turbo 3.0 LEGO set is becoming quite bemusing. With less than 48 hours until the set is meant to be released, it's not available for pre-order on the official LEGO store (although with the right Google skills you can find the store page with all of the official images). No third party retailers, at least in the UK are showing as having any knowledge of the set, let alone any stock - and a 0500hrs trawl around the incoming stock for the week for one of the biggest shops in the UK proved fruitless. So whats going on with this release, and why has there been no marketing for the first new Speed Champions set in 6 months?

The LEGO store won't let you pre-order the Porsche set, even though the Tree House and recent Harley VIP set have all been available.

We think it's most likely this is all to do with the Forza Horizon 4 tie-in. The car remains unrevealed in the game and personally, whatever deal LEGO have signed to promote the game along with Microsoft and Playground Games I think is probably disrupting the usual LEGO marketing channels. We've even headed into LEGO Flagship stores and encountered staff with no knowledge of the set, who have to then look it up on the till sets in order to tell us information we already know, such as the release date being 1st August 2019. This street date has already been broken in some European countries, as you can see from the picture below that is circulating on the web. 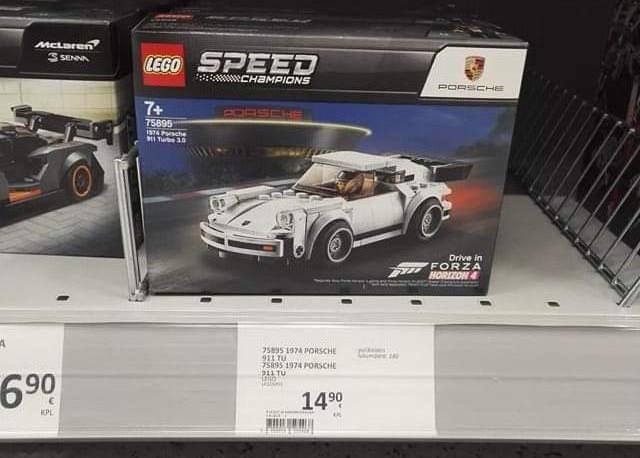 So on Thursday will we see a marketing blitz? Will we see this set pop up in LEGO Stores only and then slowly make its way into mainstream toy stores and supermarkets? We can only wait and see, however at 8am Thursday we will be lined up to get in to the LEGO Flagship in London and will update you as soon as possible.