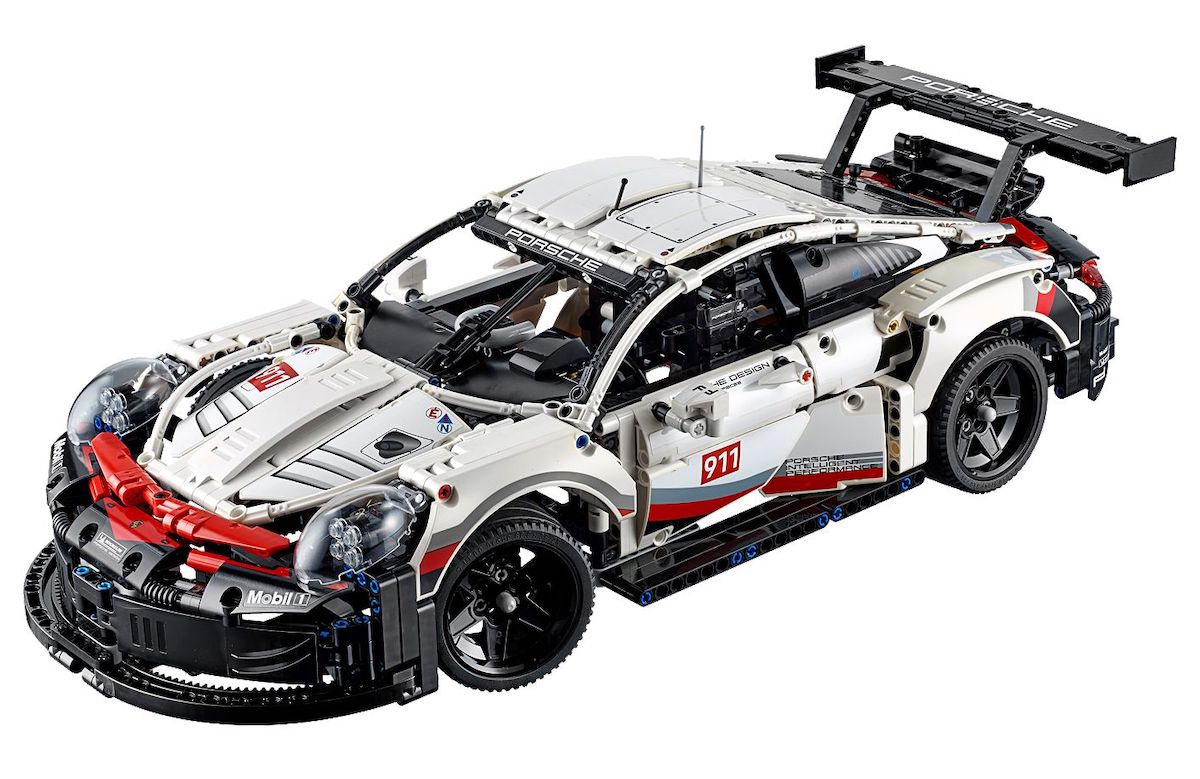 This year's release of the 42096 Technic Porsche 911 RSR was quite a surprise after the Ultimate series set just a few years ago in 2016 still virtually being on shelves. What surprises do we have in store in 2020? Image © LEGO Group.

Following on from yesterday's post about the LEGO Technic Defender (set 42110) that we're expecting to see before the end of the year, our sleuthing around the web turned up some tips about upcoming LEGO Technic sets across the 1st and 2nd half of 2020.

Being a Speed Champions focused website, we're taking more interest in the supposed vehicles out of the sets. In the first half of 2020 we're expecting a flagship set being a remote control car bigger in size than the Technic Remote-Controlled Stunt Racer 42095 with a licence (i.e. based on a real vehicle). This set is estimated at 463 pieces.

The full list of 2020 Technic and the currently known set themes are below, we're assuming the sets without known piece counts right now are likely to be 2nd half 2020 sets.

Every year has seen at least one licensed Technic set. The 42102 Claas Xerion mini meets this trend (130 pieces is small for Technic though) and follows a trend of releasing previous Technic Sets in the Claas line with the 1977 piece Claas Xerion 5000 Trac VC set released in 2016. Technic sets with sub-150 pieces can be very limited in detail, the Mini Tow Truck (set 9390) was meant to be representative of a Unimog, but doesn't really capture any defining details. The current City Forest Tractor (set 60181) gives us a good idea what to expect with a few variations. 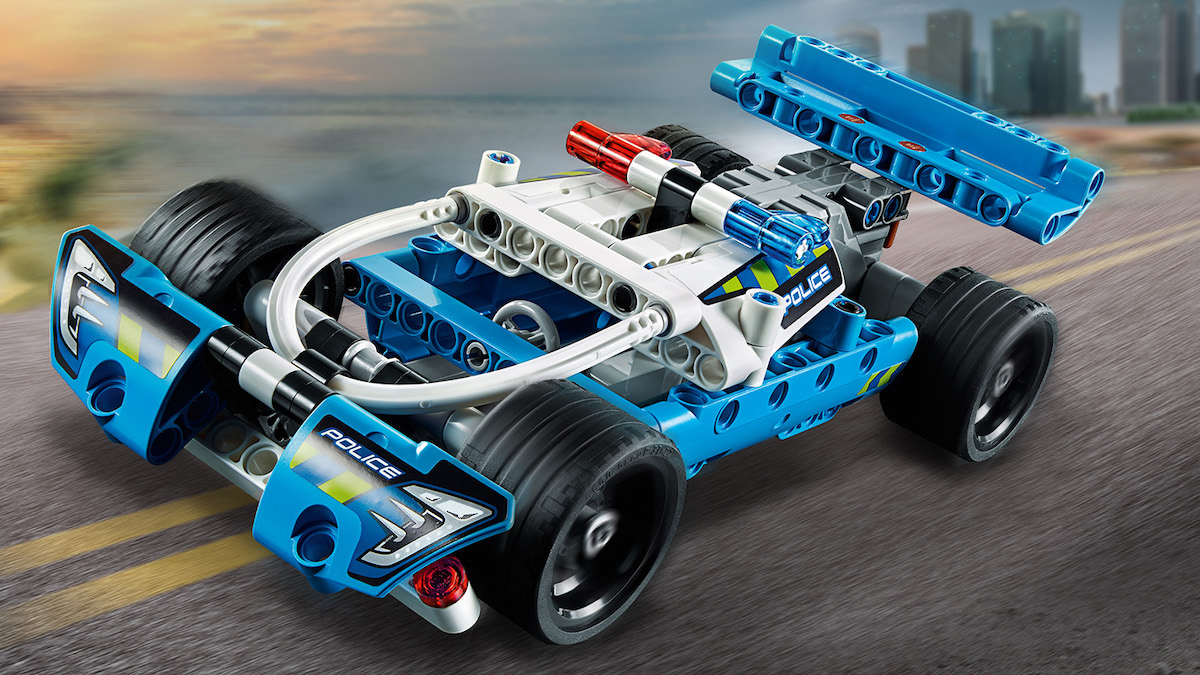 The LEGO Technic Police Pursuit 42091 is typical of the pull-back LEGO Technic sets that tend to stick around in the line for a while. The two sets planned for 2020 are most likely replacing the WHACK! and Bash! sets. Image © LEGO Group.

Could we see more vehicle sets compatible with the transporter? The 579 piece Technic Chevrolet Corvette ZR1 released this year was compatible so based on the known piece counts, we'll be waiting until the second half oto find out. I'd be interested to see if the Stunt Show Truck and Bike ends up being a Pick-up truck and trailer set, similar to the City Pick-up and ATV set 60148. 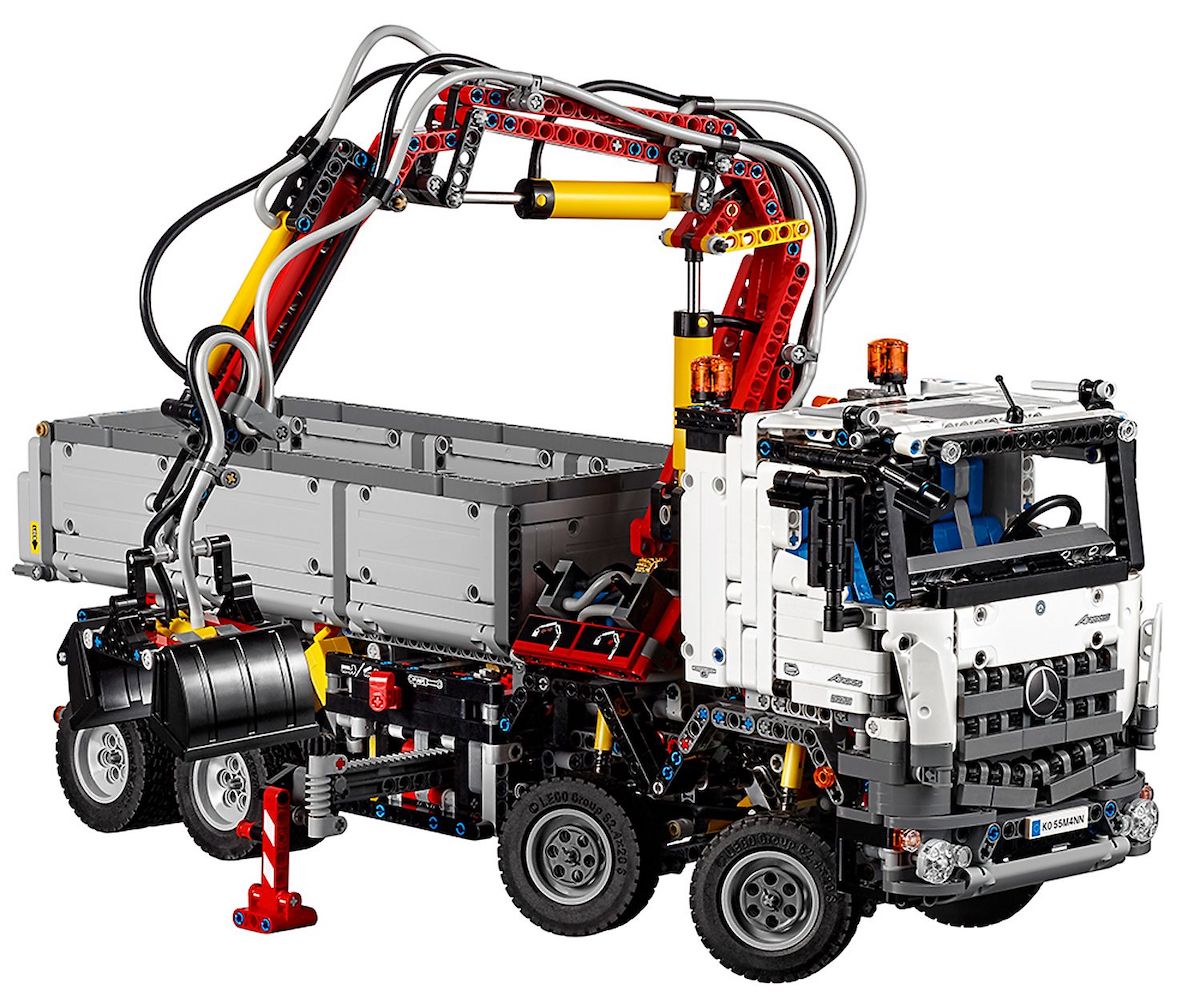 The Mobile Crane set being rumoured is interesting based on the previous sets like the 2005 Mobile Crane 8421 at 1884 pieces and the 1289 piece Mobile Crane 8053 released in 2010. Continuing the construction theme, we've seen a number of licensed Technic sets featuring Volvo: the 2014 Volvo L350F Wheel Loader 42030, 2016 Volvo EW160E Excavator 42053 and 2018 Volvo Concept Wheel Loader ZEUX 42081. Based on this alternate year spacing, we'd potentially expect to see another Volvo branded construction set. 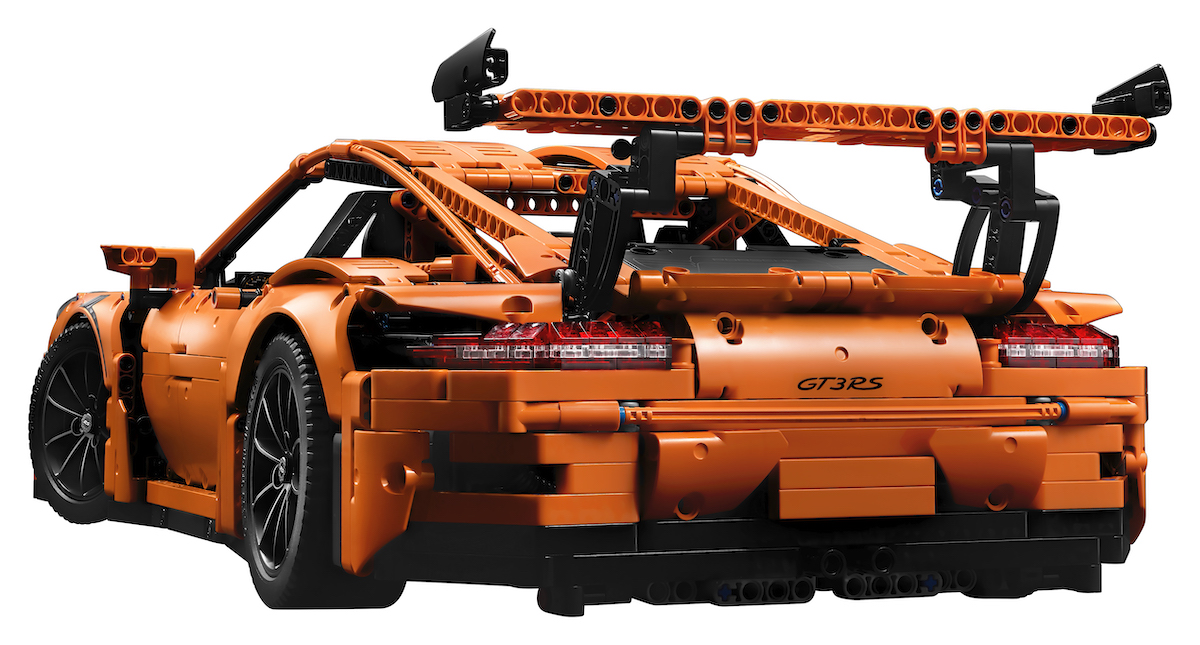 The LEGO Technic Porsche 911 GT3 RS 42056 from 2016. Will we see another Volkswagen Audi Group Ultimate Technic Set, or will LEGO establish a relationship with another brand in the line? We're hoping to see McLaren.

Some online speculation circles around that Ultimate 2HY Flagship being another vehicle from the Volkswagen Audi Group stable - we've seen Porsche and Bugatti so far, so the obvious candidates are covered (unless we see an Ultimate series Taycan...) Lamborghini have an Aventador successor due in 2020 which could yield a high profile choice for these significant sets. Here, we'd prefer to see the new Technic 42115 set be a McLaren Senna or Mercedes-AMG Project One to capture the next generation of epic track cars (plus both would suit the set theme). We're expecting to see further details as they leak from retailers or become available via LEGO (and maybe even some set images) in November.