So far in our reviews, we have spoken about 2 of the hyper car releases in the LEGO Speed Champions range. In early 2019 they changed the style a little and we got the first appearance of something that barely spends any time on the track, Set 75885 the Ford Fiesta M-Sport WRC car. Officially licensed by Ford, this is one of the rare hatchback cars in the Speed Champions range but more than lives up to the others in terms of horsepower and performance when you consider the driving abilities on show in the World Rally Championship, where this set derives from.

Let's start with design, if you said to me that the Ford Fiesta was going to be a LEGO model, unless it was some sort of giveaway at a Ford dealership, I would have very little interest at all. You could say this for a lot of the cars that have taken part in WRC over the years, apart from maybe the iconic Subaru Impreza or Mitsubishi Lancer Evolution, but even the base models these were built on back in the early 90's were not particularly exciting. Skip forward 20 odd years to 2019 and you have a hatchback with some insanely wide arches, a 'Lazer' front spot lamp display and a huge wing hanging off the back of the roof.

I personally think LEGO have done a great job with this set, it's easily one of my favourites this year. When you pick it up it feels heavy, robust and exactly how a rally car should. Even though it's quite built up, it doesn't feel blocky and I really feel that in the last few years using the smoother shapes has definitely helped the designers get more towards what they are aiming to replicate (this was always going to be a struggle on a car with the drag co-efficient of the McLaren Senna however).

I think where this comes from is the fact that the base model of the car is a hatchback, which allows you to built up the back of the model and add weight without it getting too far from the real life iteration. Build time for this model I would say is slightly above average due to the sheer amount of sticker placement you have to do on it. 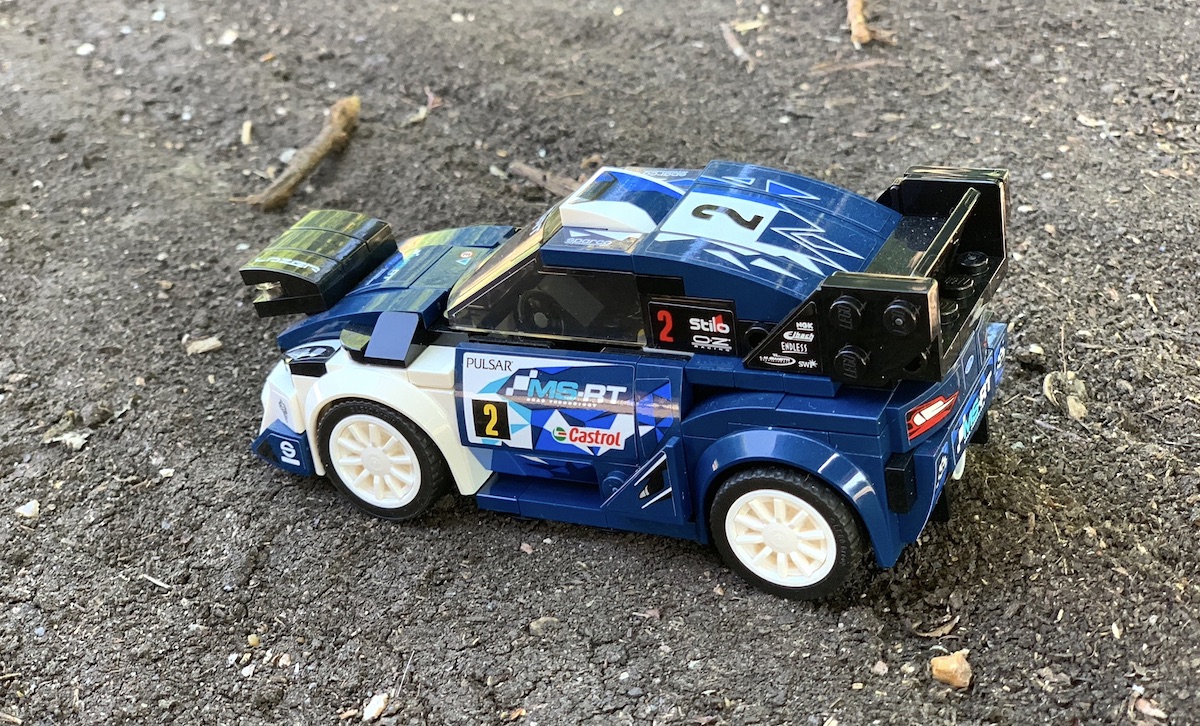 This model is similar to the Ferrari 458 and 488 sets as it's a fully liveried race car, and you'll spend time applying stickers that match the real WRC entry by M-Sport including Castrol, MS-RT, Sparco, Ford Ecoboost and Michelin (it's kind of a shame the tires aren't sponsored). Most of the reviews on the LEGO official site kind of target the number of stickers, people either don't like the hassle or with younger kids can find errors really ruin their enjoyment of putting together a set.

Definitely the fact they made the rims white with matching hubs, really does look good and they seem to have gone for more matching designs, even if they do to be from the LEGO bin of stock moulded wheels for the Speed Champions. I like the recent trend of items on the car being interchangeable, so one of the key features of the Fiesta WRC is that you can switch out the front bump and go from the Lazer light array as if you were about to run a night stage and just go back to an aggressive looking front bumper with the large intake of the actual car. 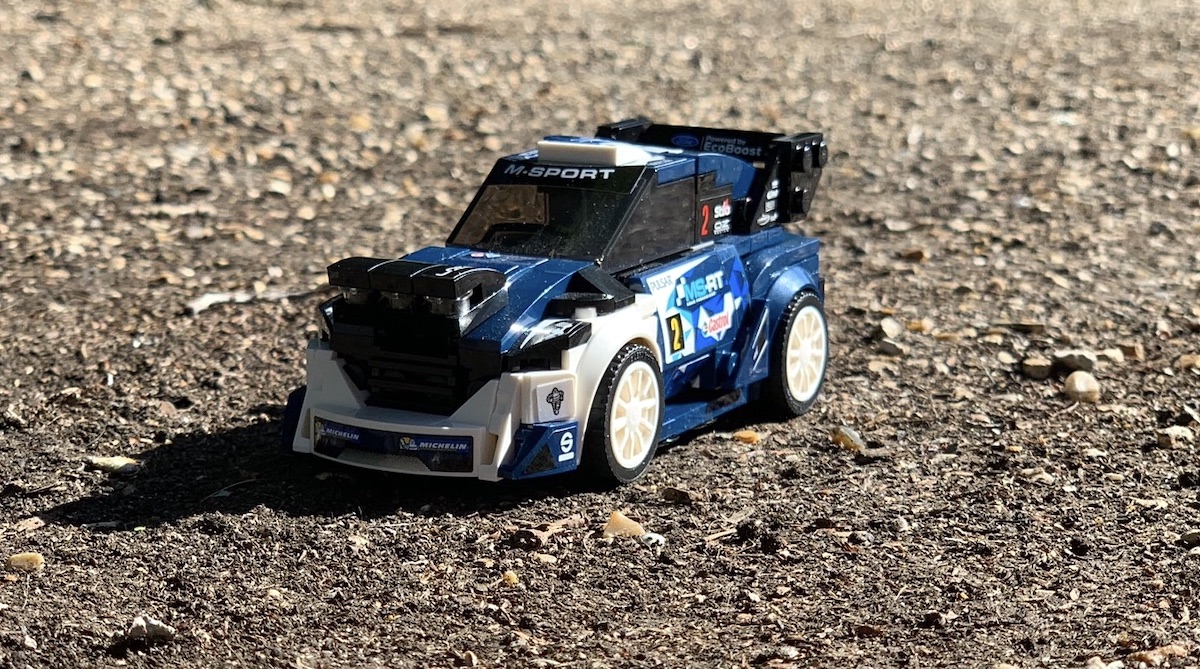 Can't really think of many downsides for this set, there aren't a lot. The Fiesta is quite a complex looking and bulkier car compared to many in the range so some may say they haven't got the look right, but this model absolutely nails it in terms of rally car looks. Set wise you don't get much due to the interchangeable front bumper, just the driver clad in his white and blue rally suit with white helmet and the replacement parts. I'm told the Mini Cooper set may have covered off a larger set including rallying components so it's unlikely to see more WRC sets launched in the extremely close future but we can never rule this out.

Build time? Maybe an hour, an hour fifteen minutes. You'll have a lot of fun with this and as long as you have a steady hand for the stickers I guarantee you will be pleased with the end result. RRP is the usual £12.99 / $14.99 and at time of writing it is currently available. You will likely see this set retired at the end/fall of 2019 and may see some discounting before then. Usual 7+ age recommendation from LEGO and 203 pieces to put it together.