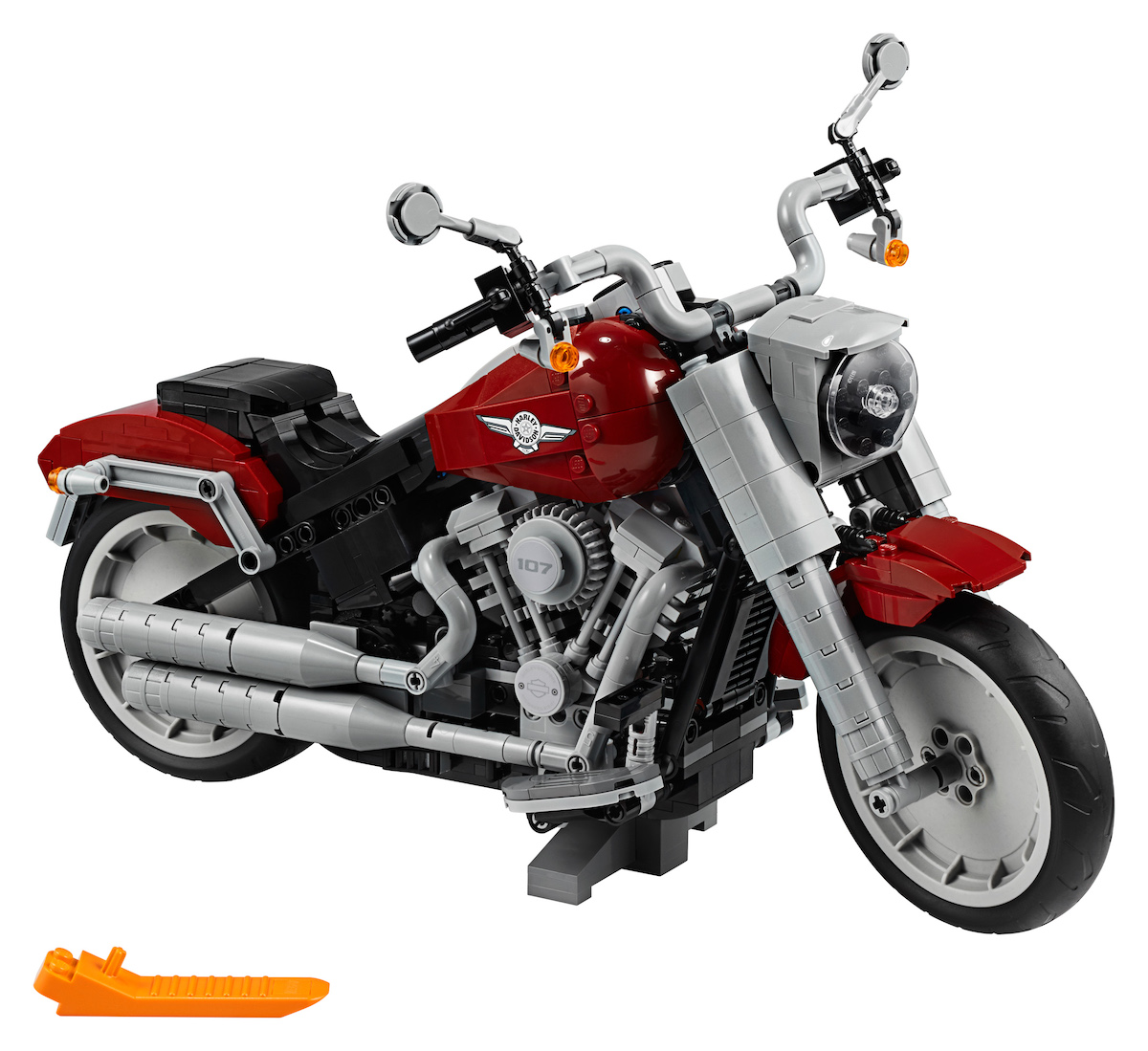 The earlier leaked LEGO Harley-Davidson Fat Boy set 10269 has now officially been announced by LEGO (there are even early build videos on YouTube!). With some detailed photos it's actually possible to see the block detailing on some of the flat surfaces that had us concerned about how much this model was going to look like LEGO and it's looking pretty good. Some clever use of pipes here to provide the suspension struts.

The model itself is at a large scale, suitable for putting on display. The other vehicles in the range (cars to date) such as Aston Martin DB5, Volkswagen Beetle, Ford Mustang and Ferrari F40 have historically been good for this. Just hope you have the shelf space! The mechanisms on this bike are really cool too, with a chain connecting the working engine with pistons to the rotating rear wheel (we've come to expect this kind of thing on Technic models, but it's good to see it here). 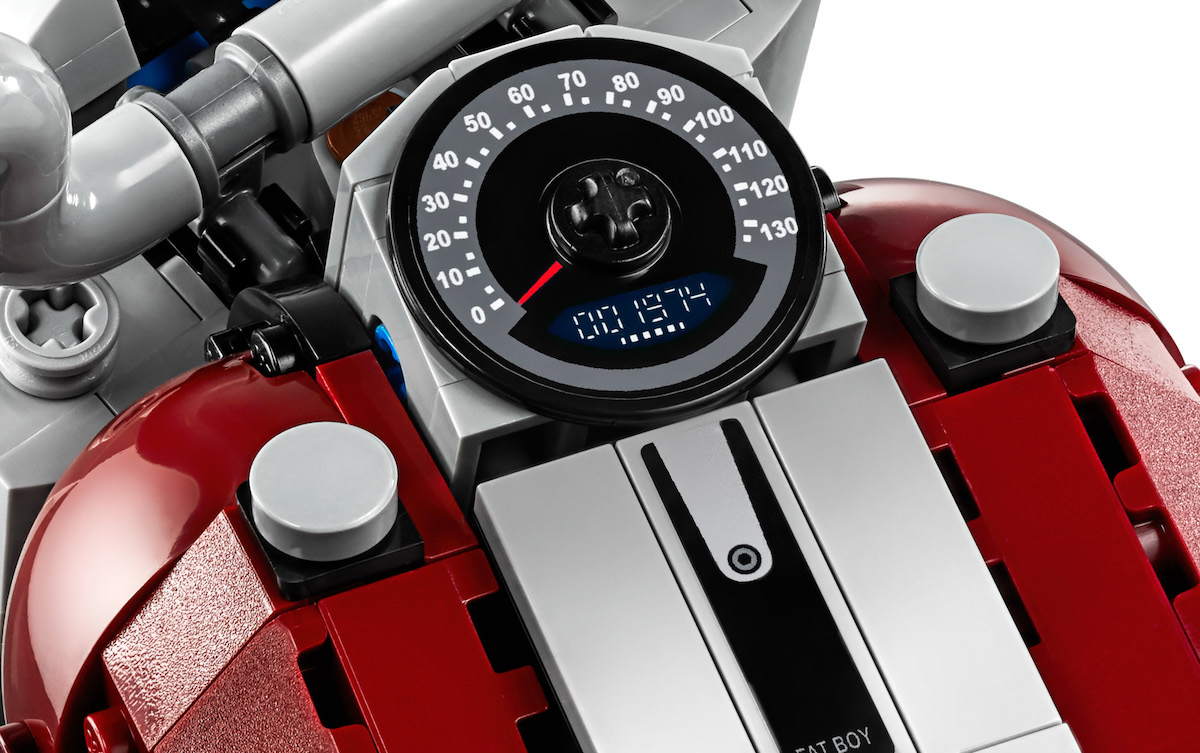 The speedometer is a great detail, based on a round element - nice 1974 reference on the odometer too.

Not sure on the customisation options here without knowing how the stickers are backed, as there are a fair number of them on this set. Given the press release mentions dark red tiles printed with the tank emblem, it could be a problem unless you're willing to go two tone. The noted special elements seem to relate only to things like the wheels so it may not be too difficult overall though.

The pricing on these creator expert sets means (at least from the point of view of a Speed Champions fan) a collection is more difficult but I'm sure many will. We've included the press release from LEGO below for completeness, check it out.

Build and display your own Harley-Davidson Fat Boy motorcycle!

Explore the finer details of iconic engineering with the LEGO Creator Expert 10269 Harley-Davidson Fat Boy motorcycle. Developed in partnership with Harley-Davidson, this highly detailed LEGO motorcycle captures the magic of the real-life machine, from its solid-disc Lakester wheels with beefy tires to its teardrop fuel tank with printed logos and inbuilt speedometer. Other features include a Milwaukee-Eight engine with moving pistons, dual exhaust pipes, handlebar steering, moveable gearshift pedal and brake levers, kickstand and a sturdy display stand. Finished with a dark red and black color scheme, this amazing display model makes a truly iconic centerpiece for the home or office. This advanced LEGO set provides an immersive and rewarding building experience.