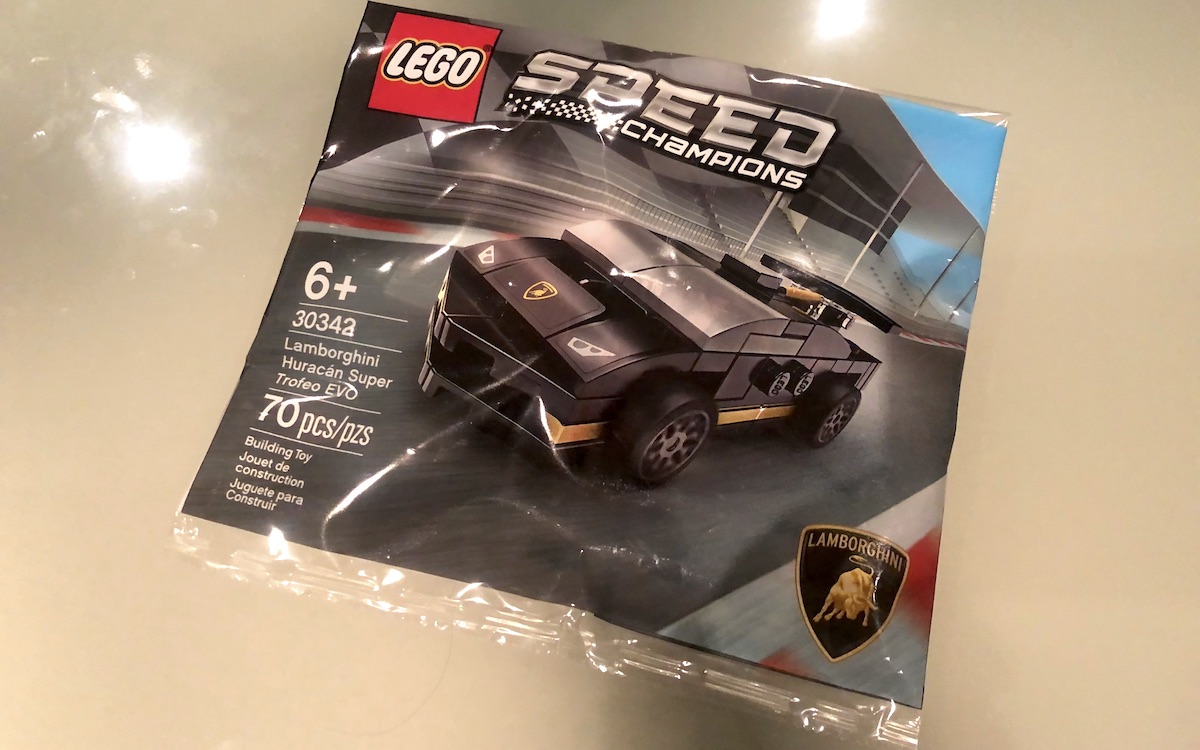 Today on Christmas Eve we’re bringing you a review of Speed Champion’s first foray into the micro scale, 4 wide, polybag range for LEGO. With just 70 pieces in the set, LEGO has chosen to replicate one of this year’s full scale Speed Champions releases - the Huracan Super Trofeo EVO in black and gold. We’ve not yet seen the full scale version of this model, due out in just a week or so on January 1st, so this review is limited entirely to this set alone. 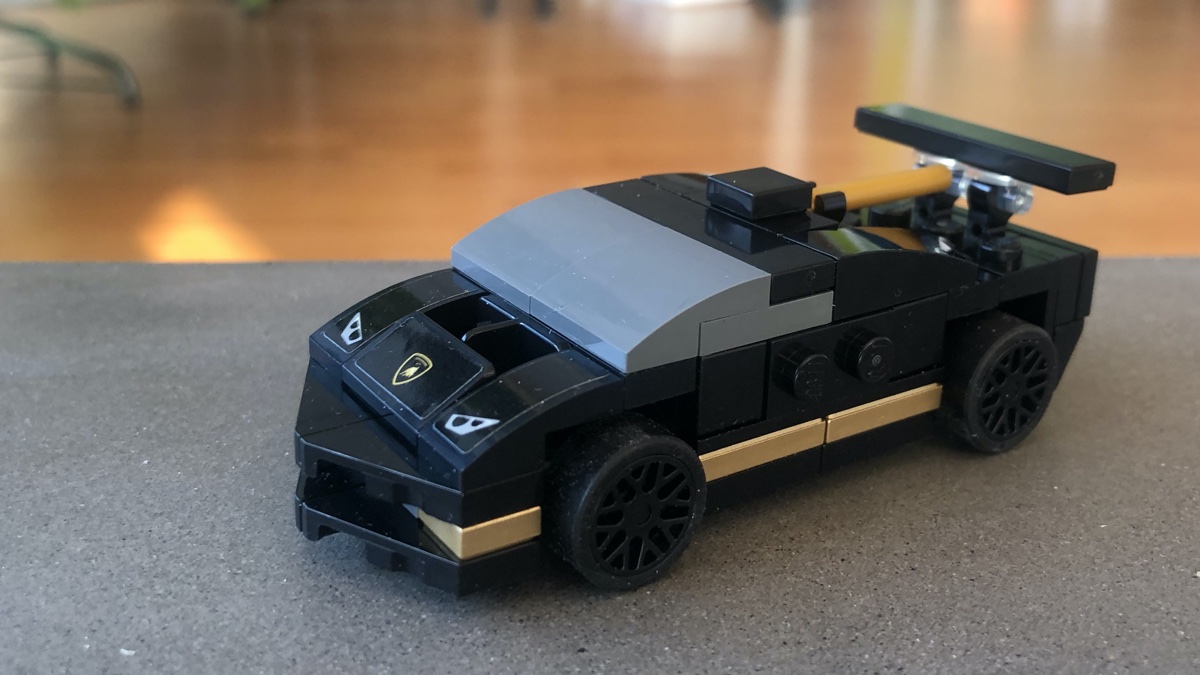 The Lamborghini Huracan model with its non-transparent grey windscreen and gold side stripes. Stickers make up the headlights and Lamborghini badge across the front.

The last time we saw licenced IP car sets at this scale it was the Shell V-Power Ferrari sets back in 2013. The bag itself is what you’d expect, with the Huracan in a track setting. At this reduced scale the stickering has been pared back, with no race sponsors and focused just on headlights, tail lights and the Lamborghini badge. The highlights on the windscreen shown on the package act to mitigate one of the more controversial design decisions in this set - to use opaque light grey ramps for a windshield instead of a transparent or smoked glass look. 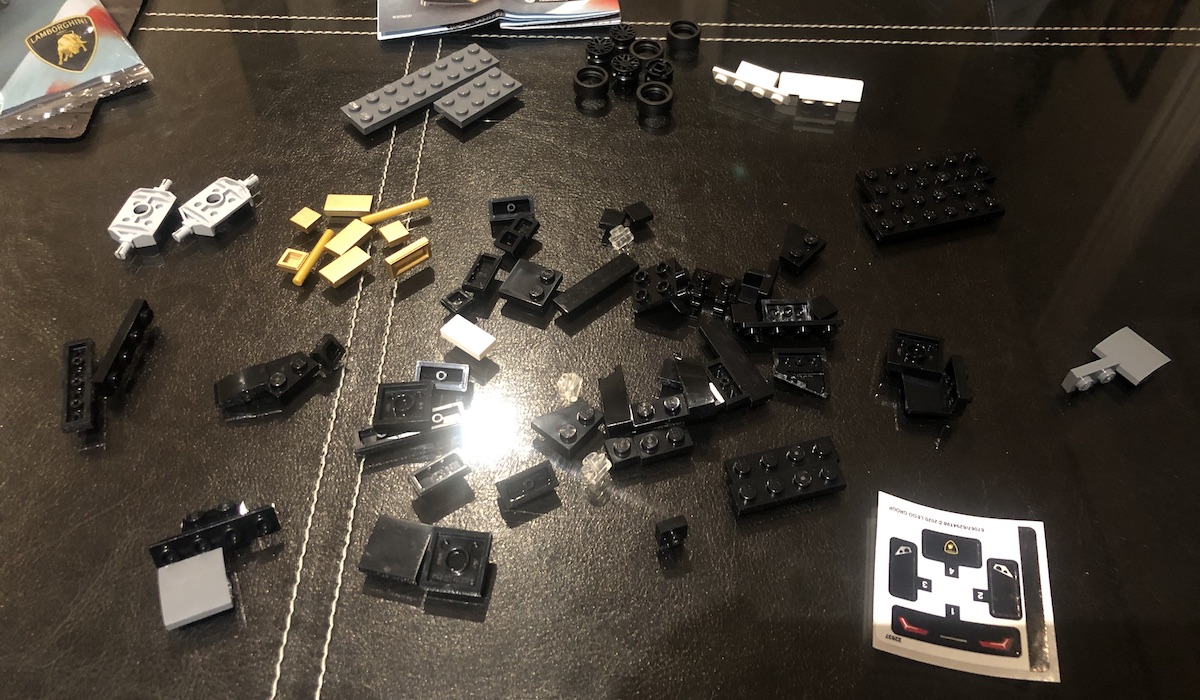 The 70 pieces that make up the Huracan polybag. Lots of black pieces here and those handful of metallic gold pieces that add features to the model. The mini 4 sticker sheet included is also shown.

The front of the model is composed of triangular pieces and there’s a deep bonnet vent composed of hollow corner pieces. The amount of sculpture to the top of the model is impressive at such a small scale, and the use of a centrally mounted roof scoop and rear fin gives the model a unique look. The use of a transparent bracket to mount the rear wing helps give the back of the model a light look and overall the designers have kept the profile of the model low. Let’s hope the full size Speed Champions model replicates some of these touches. 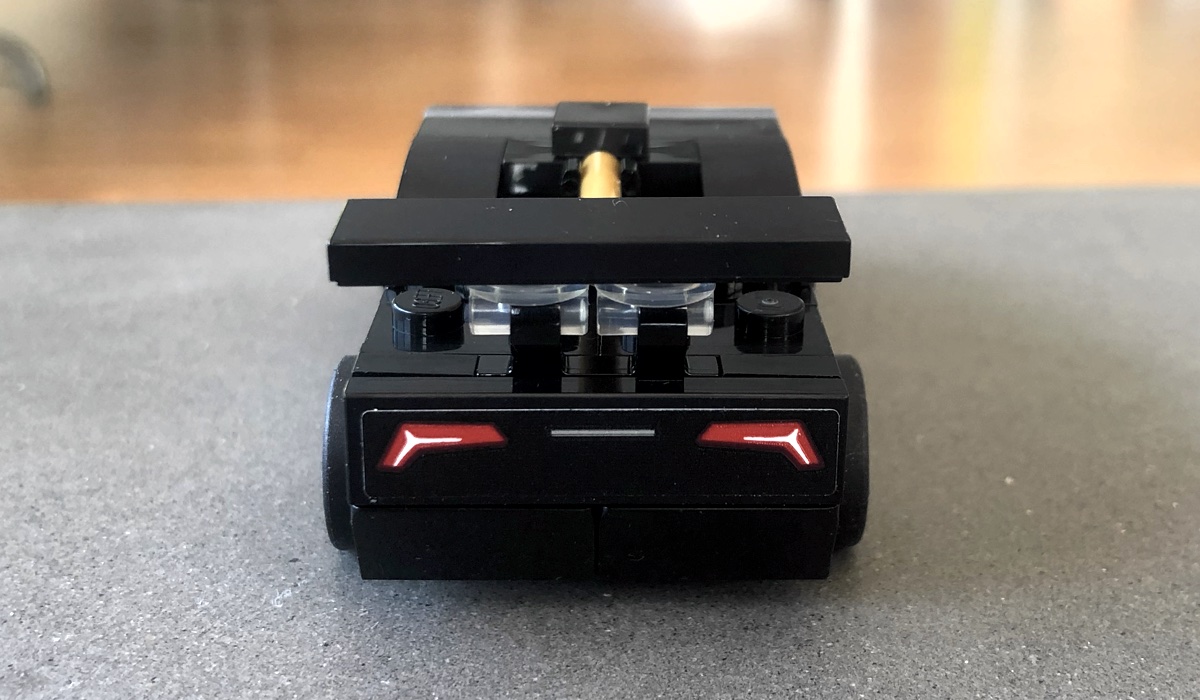 The rear of the micro scale 4 wide Huracan is mainly a full width sticker on a tile, with a few ramps, along with a large rear wing and a transparent window cover.

Taking the pieces out of the bag it’s clear the majority are black, with a handful of gold pieces for highlight. As we’ve become used to for full size Speed Champions sets there’s a small sticker sheet, in this case with just 4 stickers on it. There are some small wheels and tyres, with the wheels appearing to be custom to this model (for now at least) with a multi-spoke motorsport style design. The wheels themselves have a metal feel. Building the model takes just 13 steps, although it’s worth carefully checking each step as due to the cut down size of the instructions it’s not always obvious every piece that’s been added in a step. 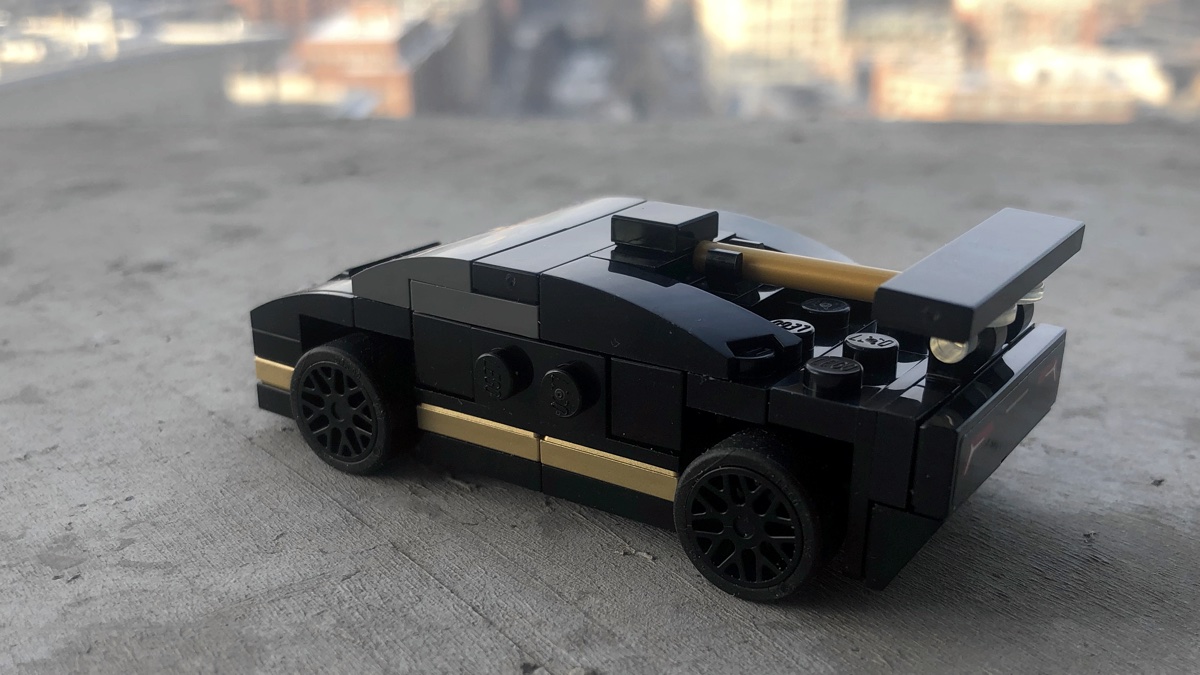 Side on with the mini LEGO Lamborghini showing the gold features and the wheels protruding from the body. The non transparent windscreen looks strange from this angle too.

The rear of the model is relatively simple, although the rear wing hanging from the central gold pipe is a neat touch. A full width sticker makes up the tiny rear lights and a line representing an exhaust or grill. The bottom of the model slopes up toward the rear lights and the transparent bricks used for the rear wing are visible from behind the model, along with the roof scoop. The model features a gold stripe down both sides and a gold pipe at the back of the model against the black colour. In some ways it’s a shame the wheels aren’t a dark grey or gold instead of black as in photos they get lost against the rest of the model and they have good detail. As with modern larger models a number of studs have been left visible to make this obviously a LEGO model. 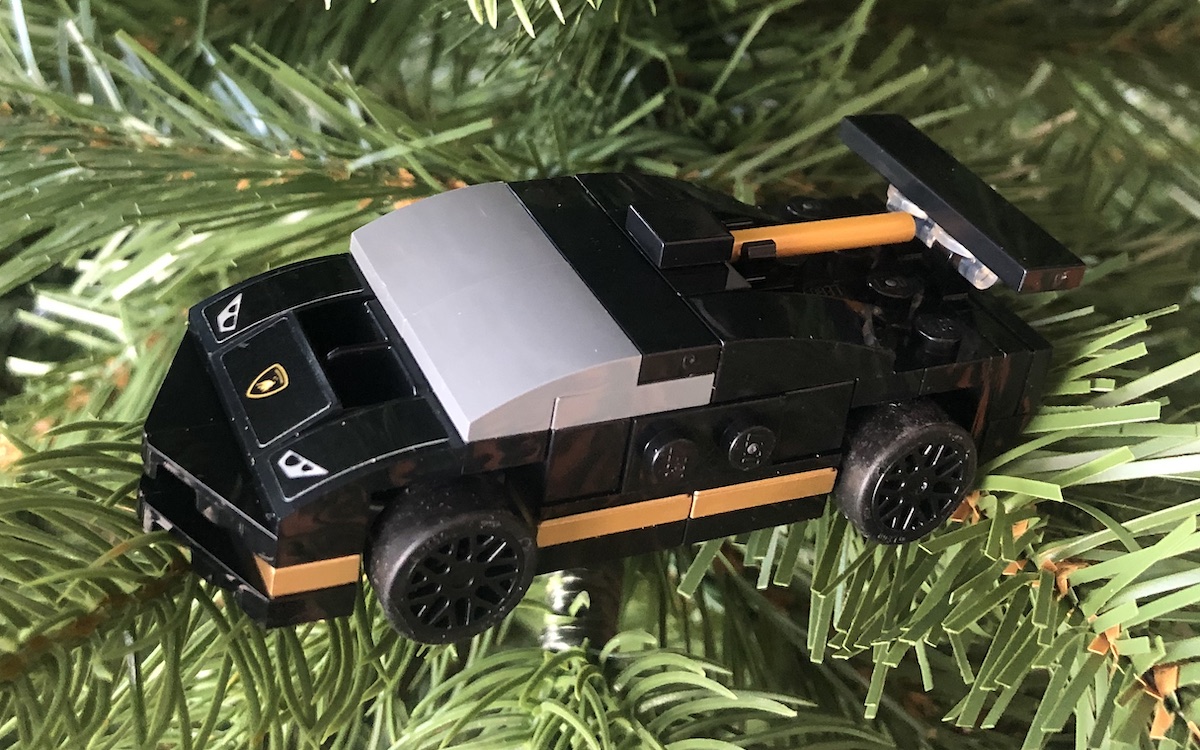 The black and gold Huracan looks great even at this 4 wide scale and we’d absolutely recommend picking this polybag up as soon as it becomes available.

Overall, this is a great set and it’s interesting to see Speed Champions take on the 4 wide scale. We’re looking forward to seeing where LEGO are going to make this set available, either in stores or via promotion.