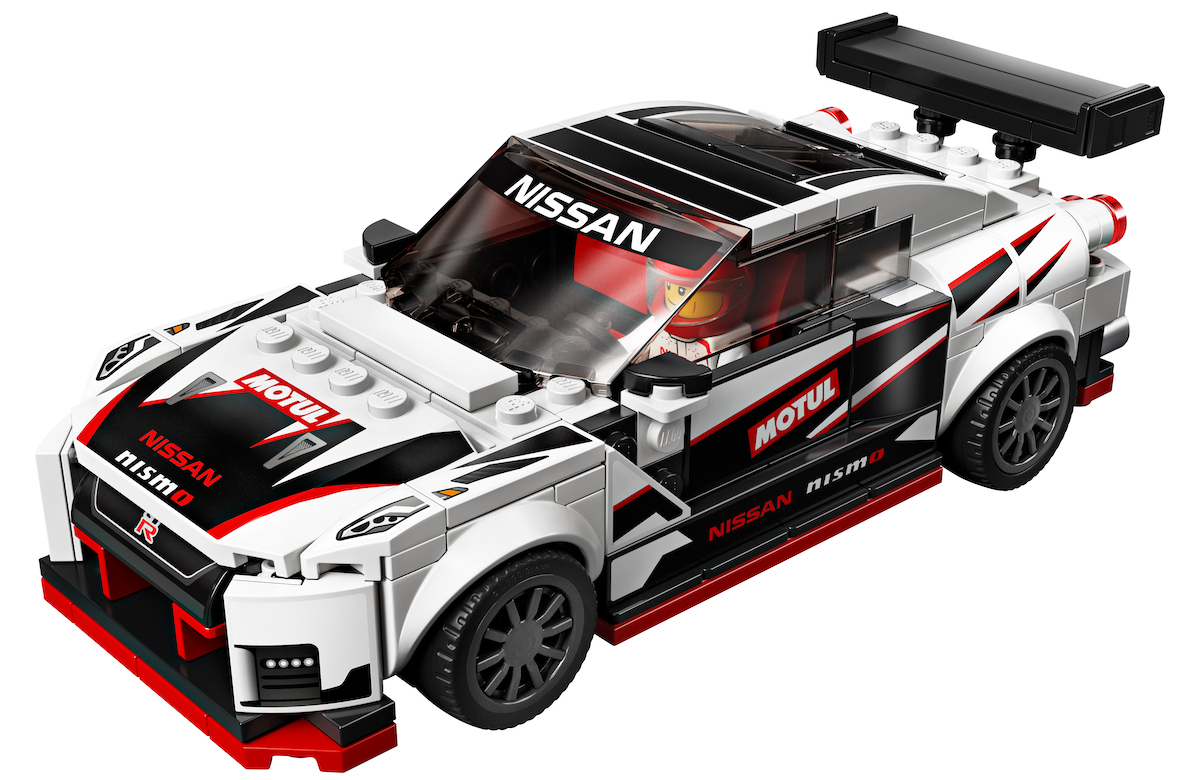 The LEGO Speed Champions Nissan GT-R Nismo, set 76896, announced for release in January 2020 and representing the vehicle in a motorsports livery.

Earlier this week we saw the release at a press conference and live webcast of the final 2020 speed champions set, the Nissan GT-R NISMO single car set. This is the first time LEGO has partnered with a Japanese automaker. NISMO, short for Nissan Motorsport, is responsible for race cars and tuned vehicles at Nissan and the R35 GT-R in this model is the spiritual successor to the many legendary Nissan Skyline GT-R vehicles, featured in video games like Gran Turismo and films like The Fast and the furious. This year also marks the 50th Anniversary of the GT-R. This set is in a motorsport livery, although it looks plausible that leaving some stickers off may let the model resemble the GT-R road car pictured here at the set announcement event. 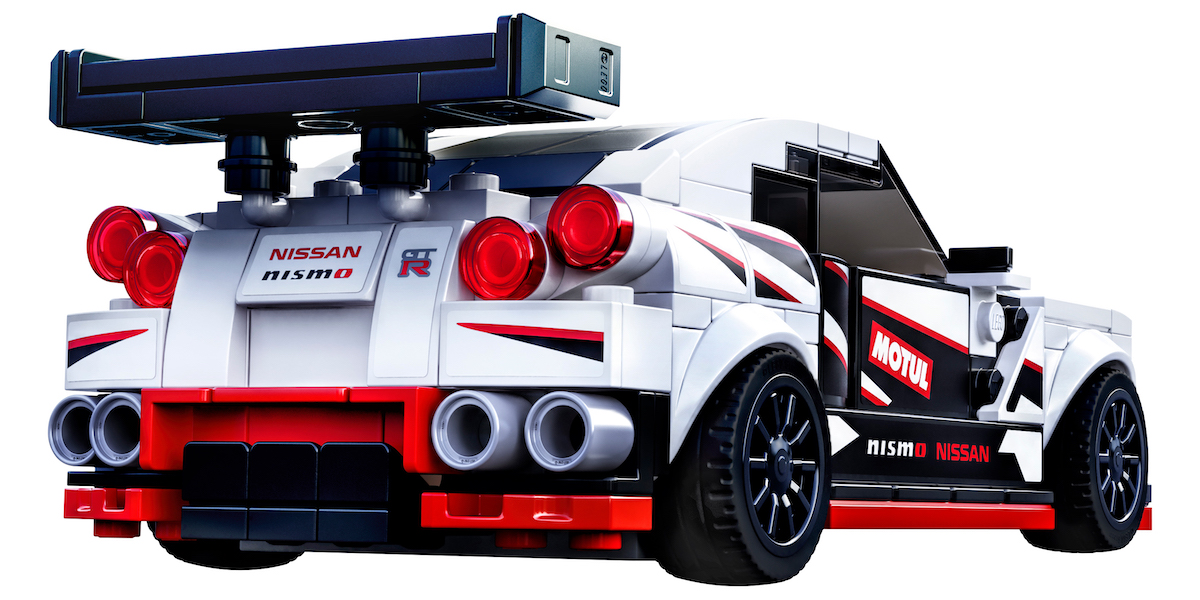 The rear of the car, showing the trademark quad rear lights of the GT-R. This set continues the trend of 2020 Speed Champions sets to have LEGO built rear lights while using stickers for the headlights at the front.

This is the second of these new, larger Speed Champions sets to feature wing mirrors, although they’re smaller than those on the Ferrari F8 Tributo set. As seems to be the trend with these 2020 single car releases there are no accessories in the set, just the main car model. With the jump in piece count that’s come with the move to the 8 stud wide format for Speed Champions, dropping the token accessories like cones/pylons, kerbs and similar makes a lot of sense to keep the overall count (and the set costs) under control 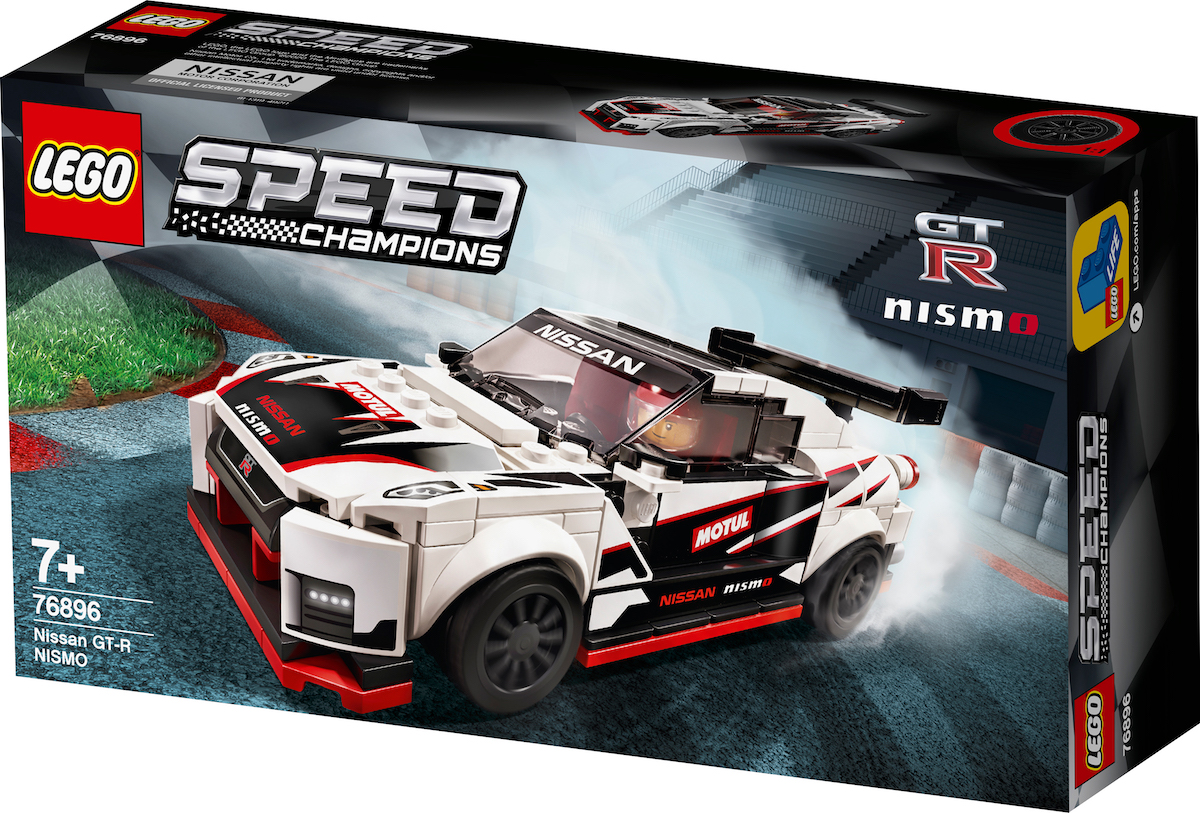 The front of the retail box for this Nissan Speed Champions set - LEGO have chosen some fairly generic track surroundings as the theme for this set. No sign of any accessories! 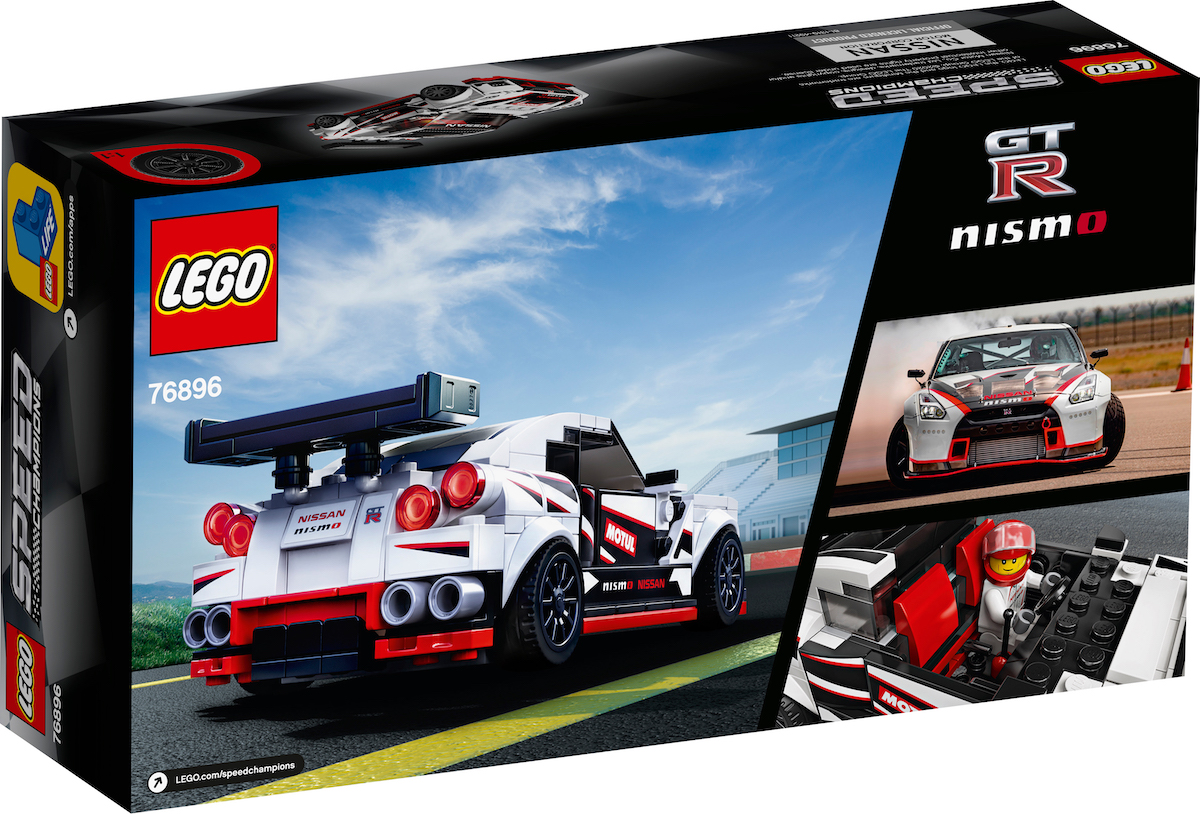 The rear of the retail box, showing the back of the model alongside an image of the real-world NISMO GT-R drifting (not something it's particularly known for!) and a shot of the new 8-wide cabin allowing two minifigs to be side by side in the cockpit.

The proportions of the model look good, the GT-R is quite a body heavy vehicle so it translates well into Speed Champions scale, even if the wheels do end up looking a bit small. We’re seeing stickers used for the headlights and the front of the model, with only the trademark four red rear lights using semitransparent bricks. The Speed Champions design lead Chris Stamp notes they spent a lot of time on gettingthese taillights right and it shows on the finished model. 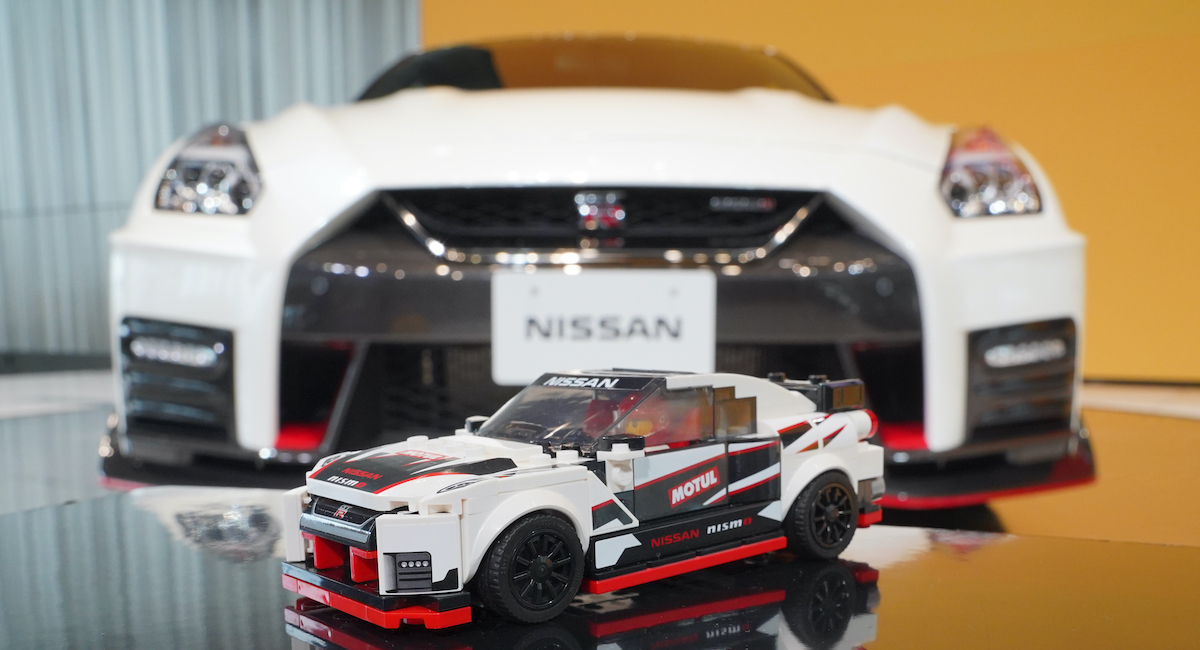 The Speed Champions Nissan GT-R NISMO in front of a roadgoing GT-R Nismo vehicle. This isn't the car that the set is based on though (the motorsport graphics suggest the drift vehicle on the box?).

The LEGO group has done a good job capturing the signature styling elements of the car, the quad exhaust pipes, large rear wing and front detailing so we’re excited to get our hands on this model in January 2020 (or more likely 26 December, when we’re expecting these sets to hit shelves) alongside the rest of the new 8 wide Speed Champions line up. There’s no piece count indicated on the box render, but we expect this set to clock in at almost 300 pieces (298 pieces) - a big step up from the previous 6 wide sets - and retail at around $19.99