The Audi R18 e-tron quattro and Porsche 919 Hybrid, both outright winners of the 24 Hours of Le Mans in their time

The Speed Champions franchise has included a lot of endurance racing cars over its 30 or so sets to date. Given this weekend is the 2019 running of the 24 Hours of Le Mans, we thought it'd be a good time to cover all the sets LEGO have released together and discuss their connection to the greatest endurance race in the world.

Those of you who are not endurance fans may not be aware, but the Le Mans race runs multiple classes in the same race - currently, Le Mans Prototypes 1 and 2 (LMP1/LMP2) and GT Endurance Pro and Amateur (GTE Pro/GTE Am). The overall winner of the race usually comes from the LMP1 class, and we've seen some of the most famous race winners represented in the releases to date.

There's also been a good number of historic race cars with Le Mans pedigree too, which is great to see and not everyone will be aware of the Le Mans connections of these sets. We're going to cover each category in turn this week, starting with the Prototype category to celebrate Le Mans.

There's a limited number of manufacturers represented in prototypes and the sets that we get from them, simply because not that many manufacturers enter at that level - in recent years, we've had Audi, Porsche and Toyota. This year only Toyota is racing in this category, so no luck racing along with your models at home.

The Audi R18 e-tron quattro (Set 75872) in action. A lot of the same blocky styling cues are here as in the early Porsche 919 Hybrid set. Image © LEGO Group.

Audi for a long time were absolutely dominant at Le Mans, with 13 wins between their entry in 1999 with the R8 and their exit in the 2016 season. Luckily Speed Champions (just about) overlapped with Audi's period of wins so we got to see two sets, this one of the Audi R18 e-tron quattro and one of the Audi R8 LMS ultra which we'll cover with the other GT car sets in a separate article.

The R18 e-tron was released in 2016 as a solo car (Set 75872) with a very light sprinkling of accessories (some additional rims and a small trolley). The look is very similar to the original 919 release, with a high front, but they've added some extra forward facing bricks to break it up. I almost think LEGO used this front design to be able to represent both cars with different sticker sets. 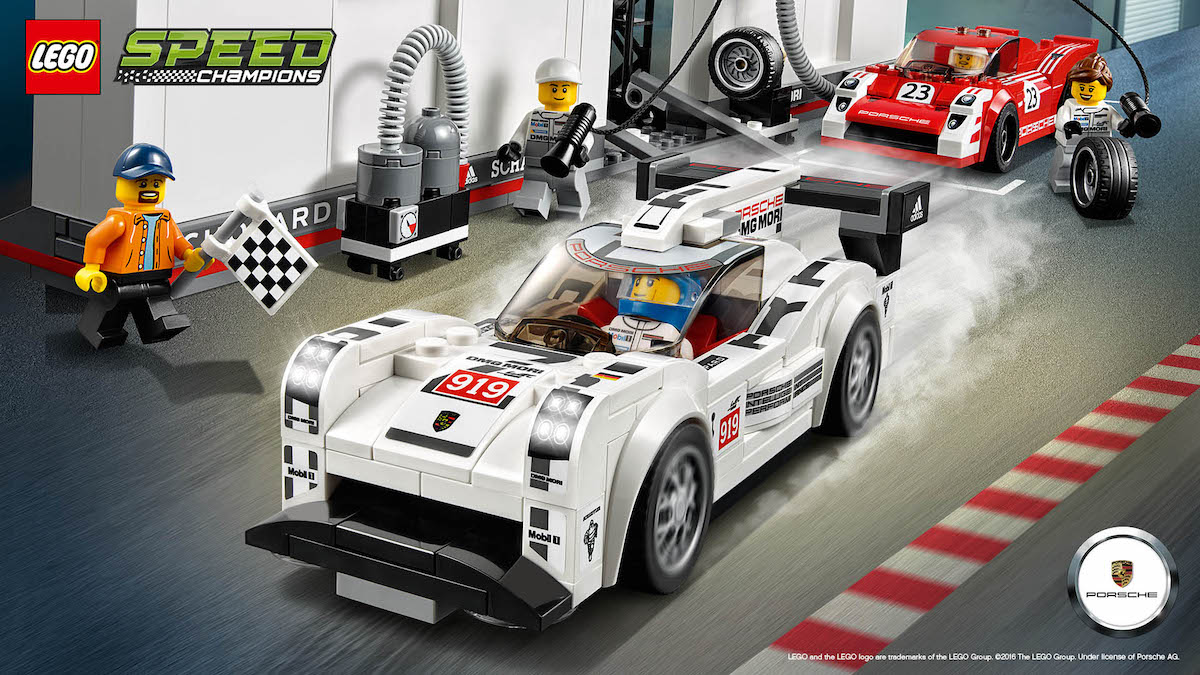 The Porsche 919 Hybrid is curious in that it's actually been released twice, with the latter set being a massive improvement over the first one (just compare the images above and below if you're in any doubt!). The first time it was released in the Porsche 919 Hybrid and 917K Pit Lane set (75876) it was relatively blocky and in a track-accurate plain white livery with the Porsche Intelligent Performance graphics. We'll cover the accompanying Porsche 917K in our upcoming article on the historic race cars that have Le Mans history. The changes are mainly focused around the front, but the two-tone livery with red detailing in the stickers really makes the car more pleasing to the eye. 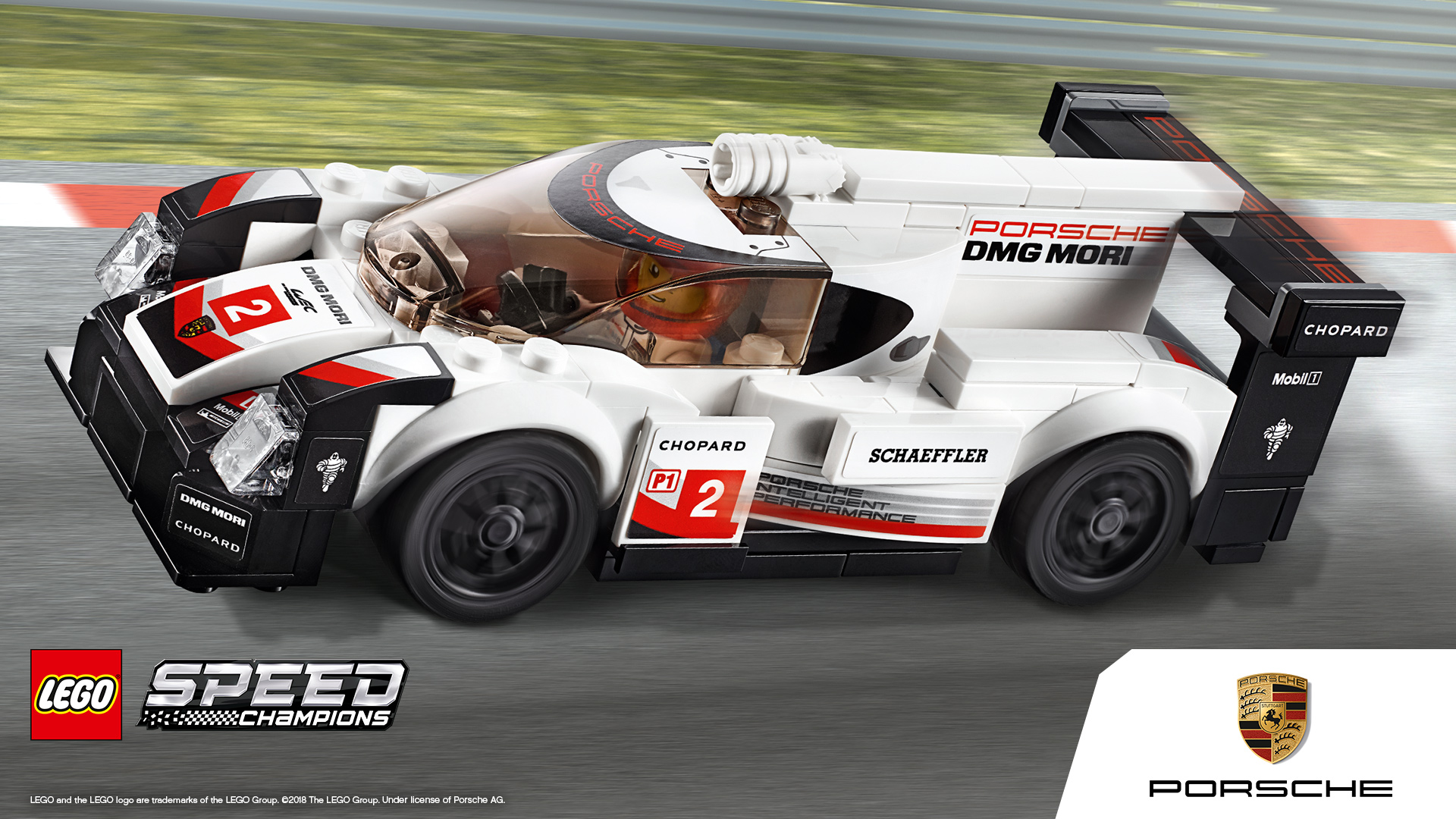 The recent re-release of the Porsche 919 Hybrid in full Porsche Motorsport livery - much more exciting than the plain original release.

The most recent release, the Porsche 919 Hybrid (75887) was released in February 2018 and looks much more exciting in the modern Porsche Motorsport White/Red/Black livery. This set matches really well with the re-release of the Porsche 911 RSR in set 75888.